Dr. Matory is an Associate Professor of Clinical Pediatrics. Her focus is on development of clinical services for high risk newborns in conjucntion with outreach and community resources. See More >>

She is Medical Director of the Newborn Intensive Care Unit (NICU) at Sidney and Lois Eskenazi Hospital in Indianapolis, Indiana which provides care for the vulnerable populations of Marion County in central Indiana. She provides medical direction for this unit which cares for high risk newborns delivered at Eskenazi Hospital. 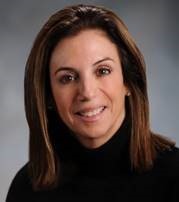 Dr. Hoover is the Medical Director of the St. Vincent Center for Children in Evansville, Indiana. See More >>

Dr. Del Rio Hoover joined St. Vincent Evansville (then St Mary’s Hospital) after finishing a neonatology fellowship at the University of Miami, Jackson Memorial Hospital. She helped create the Center for Children in 2005 and became its medical director in 2014 after spending more than 25 years in the practice of neonatology.

A 2009 profile in Health Progress, a publication of the Catholic Health Association, noted several of her successful initiatives, including spearheading the effort to get a Ronald McDonald House built on the hospital campus, developing a Children's Bill of Rights at the hospital to ensure consistent and compassionate care of children, and leading a Physician Directive Quality initiative geared toward "painless needles" for all children’s lab services. 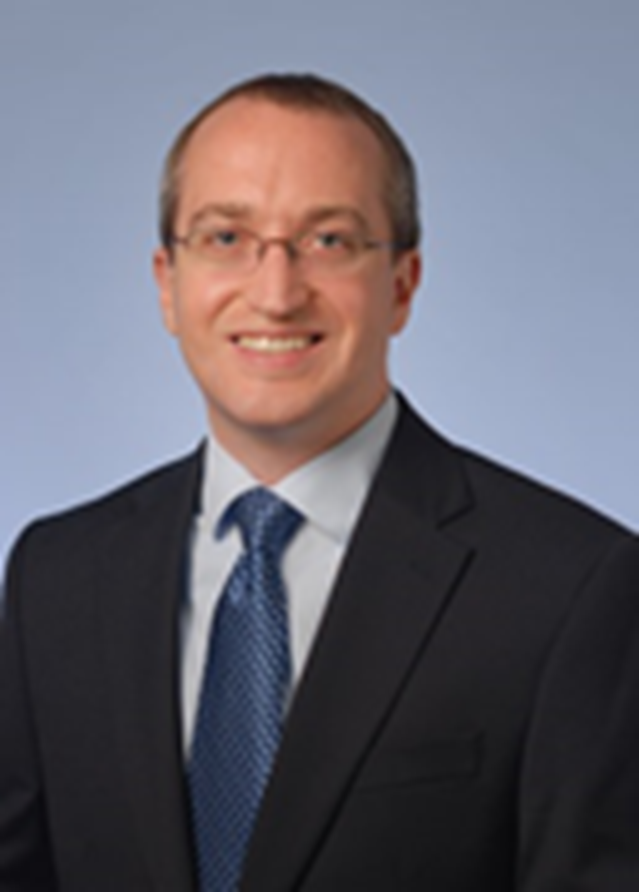 Dr. Clements is an Associate Professor of Clinical Pediatrics. He is interested in clinical simulation to teach neonatal resuscitation skills, advocating for newborns affected by neonatal abstinence syndrome, and LGBTQ health. See More >>

Dr. Clements is originally from Cleveland, Ohio. He received his undergraduate and medical degrees from the University of Toledo. He completed his pediatric residency at Riley Hospital for Children, where he also served as a Chief Resident. Outside of pediatric hospital medicine, Dr. Clements is interested in clinical simulation to teach neonatal resuscitation skills, advocating for newborns affected by neonatal abstinence syndrome, and LGBTQ health. He is also passionate about global health, and has participated in multiple medical mission trips to Latin America and Africa.

Dr. Thomas is an Associate Professor of Clinical Pediatrics. She is interested in comprehensive care for families of newborns with prenatally diagnosed conditions, from multi-disciplinary prenatal counseling to delivery room management. See More >>

Dr. Thomas received her Bachelor’s Degree from Purdue University and her M.D. from Indiana University School of Medicine. She completed pediatric residency training at Northwestern Feinberg School of Medicine in Chicago, IL and then returned to Indiana University School of Medicine for neonatal-perinatal medicine fellowship. During her training, Dr. Thomas also completed a fellowship in Clinical Pharmacology and studied methadone metabolism in neonates and its association to neonatal abstinence syndrome. She has developed and implemented a clinical guideline for the pharmacologic management of neonatal abstinence syndrome with the goal of standardizing care and improving outcomes for this population of newborns. 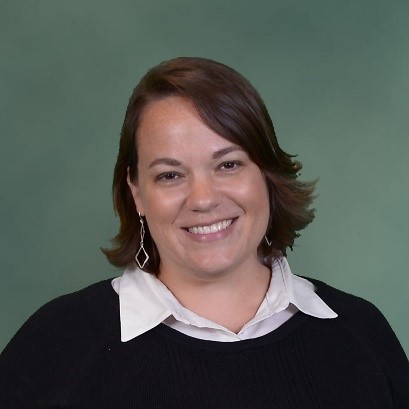 Bethany is a member of St. Vincent Hospital and State Department of Health committees for Neonatal Abstinence Syndrome. See More >>

Bethany has 11+ years of experience working with all ages, but she has a particular passion for children, adolescents, and young adults. 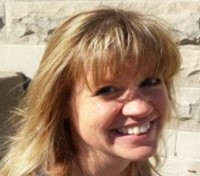 BS from Butler University in Psychology; MS from Syracuse University in Rehabilitation Counseling with externship in Addictions. Certified Rehabilitation Counselor (CRCC) since 1990. Employed with Wishard/Eskenazi Hospitals since February, 1991. I currently serve on the Advisory Board for MCHD Healthy Families, and have been part of the Hospital Ethics Committee at Eskenazi for 15 years. I have a special interest in and have provided education on Neonatal Abstinence Syndrome to various groups and audiences over many years and have a particular passion for working with this population of babies and their families.

She is a 1999 Graduate of Depauw University and a 2002 Graduate of Indiana University McKinney School of Law. She worked as an attorney at the Department of Child Services (“DCS”) handling primarily Child in Need of Services and Termination of Parental Rights cases from 2002-2009. In January of 2009 Carey was named Chief Counsel of the Marion County Office of DCS. During that time, Carey also represented DCS in administrative hearings for licensure or other various issues, appeals, and contested adoptions.

In February 2011 she began working at Child Advocates as an attorney representing Guardians Ad Litem and the agency as a whole. Child Advocates is a non for profit agency providing GAL/CASA services to all of the children in the child welfare system in Marion County, Indiana. While at both DCS and Child Advocates Carey has been responsible for training DCS case managers or volunteer GAL/CASAs respectively on the legal aspects of their jobs. She has presented at State and National Conferences. Carey is the cofounder of the Child Advocacy Clinic at the IU McKinney School of Law in Indianapolis and currently serves as adjunct professor for the clinic.

In February 2011 she began working at Child Advocates as an attorney representing Guardians Ad Litem and the agency as a whole. Child Advocates is a non for profit agency providing GAL/CASA services to all of the children in the child welfare system in Marion County, Indiana. While at both DCS and Child Advocates Carey has been responsible for training DCS case managers or volunteer GAL/CASAs respectively on the legal aspects of their jobs. She has presented at State and National Conferences. Carey is the cofounder of the Child Advocacy Clinic at the IU McKinney School of Law in Indianapolis and currently serves as adjunct professor for the clinic.

Carey is also the mother of four daughters. She has been on the board of AFCC Indiana for two years. Carey recommends anyone with an interest in collaborative law become a member of AFCC. The trainings conducted nationally and locally, and the contacts made through AFCC are invaluable. 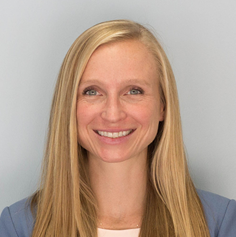 Dr. Wood is a Doctor of Occupational Therapy and AOTA Board Certified Pediatric Specialist. See More >>

She received her Bachelor and Master degrees from Saint Louis University, and her Doctoral degree at Mount Mary University, with study focused on sensory integration therapy. She worked at the University of Chicago Comer Children's Hospital in the NICU, PICU, SICU, neurological units, orthopedic units, and burn units before moving home to Evansville, IN to serve as an Assistant Professor in the Occupational Therapy Program at the University of Southern Indiana. She co-led the ADHD and Sensory Processing Differences Support group for the Tri-State. She is currently conducting pediatric research on sensory integration, sub focus on the connection between sensory processing and gastrointestinal dysfunction. 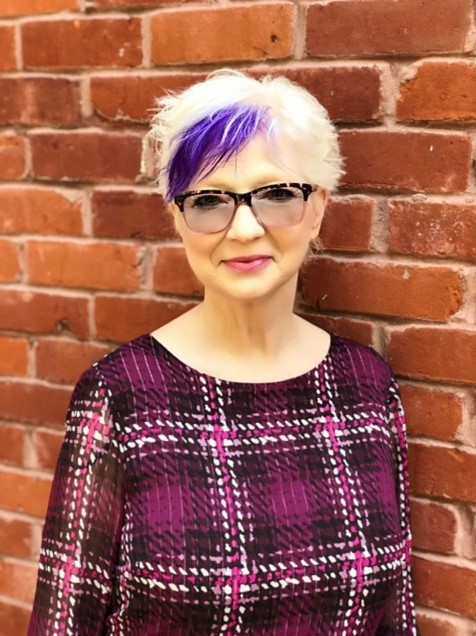 Susan has a BA in Business Management from Anderson University and an AS in Criminal Justice and Corrections from Ball State University. Susan was a licensed foster parent from 2002-2014 and mentors both foster and adoptive parents. A mother to 13 children, she and her husband Duane adopted 9 foster children: 5 with FASD, 1 with Celiac Disease, and 3 with Reactive Attachment Disorder (RADS). As a previous Executive Director of New Horizons Maternity Home, she has experience counseling birth mothers and their families.

Susan formed and serves as Executive Director of Indiana NOFAS, Inc, a not for profit corporation serving families and individuals with prenatal exposure to substances and alcohol and the Director of Perinatal Substance Use and Family Advocacy for Mental Health America of Indiana. Susan is the NOFAS Affiliate Coordinator the NOFAS network. She serves on the Family and Youth Committee for Indiana’s Systems of Care Council. Susan served as the Indiana Title V Family Delegate from 2013-2016. She Co-Chaired the Family Advisory Council for Children’s Special Health Care Needs which empowers family leaders. Susan serves on several state committees which include Commission for Improving the Status of Children focused on improving mental health for youth, the Prenatal Substance Use Committee which seeks to reduce the number of children exposed to substances and alcohol, the Indiana Perinatal Quality Improvement Committee and Governing Council. She was a family fellow with Riley Child Development Center LEND program. Indiana NOFAS is a subsidiary of Mental Health America of Indiana, who seeks to provide support and services to individuals and their families, while advocating for positive system change a holistic across the lifespan.